Best visibility you can find 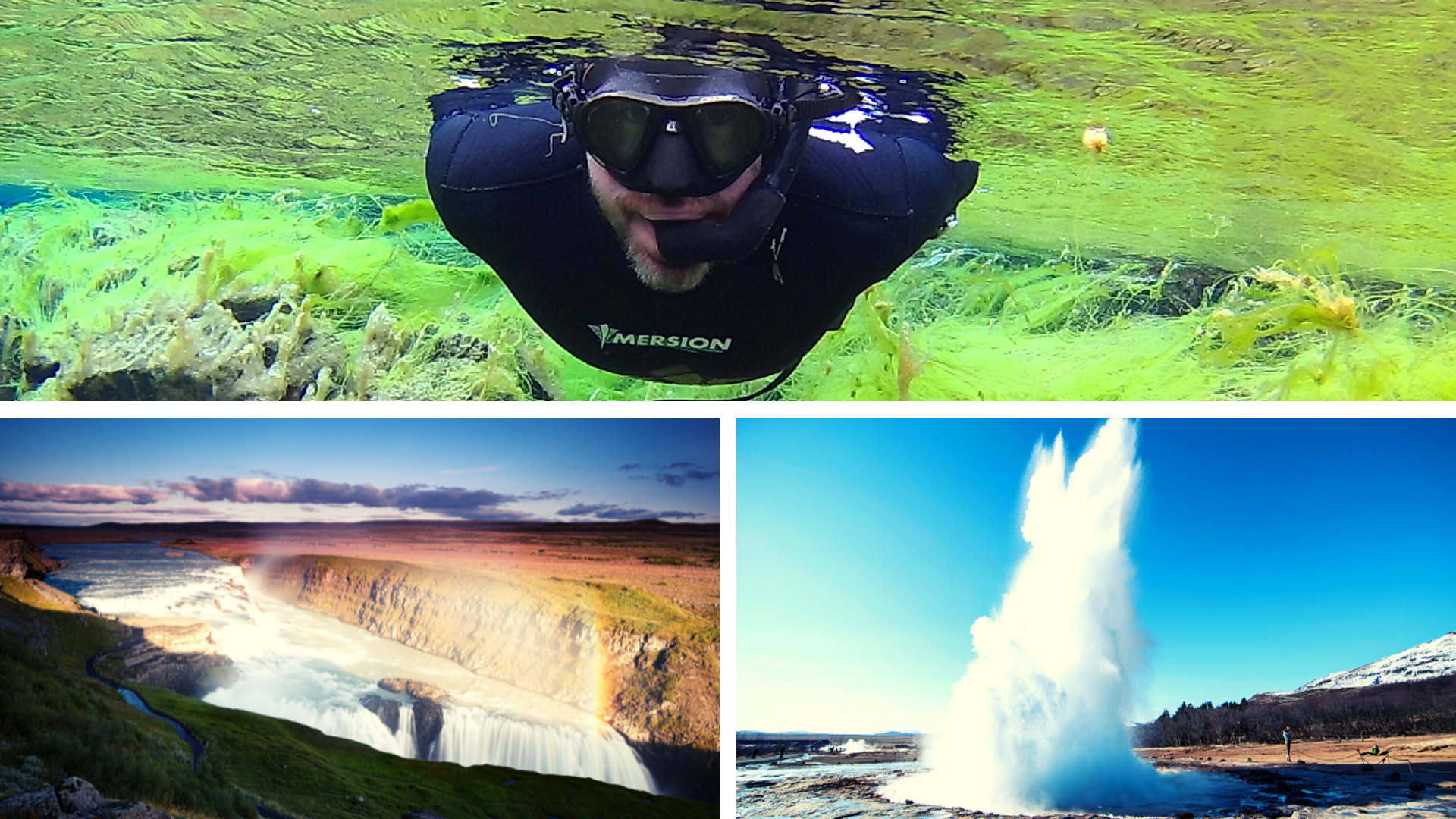 After Silfra we drive on through the park and into south side of Iceland, through country roads and to The Geysir hot springs where you can walk in pure Icelandic nature with breathtaking surroundings. The very active Geysir, Hot Spring Area with bubbling mud pits, blasting geysers, and the vigorous Strokkur spew water 30 meters (100 ft) into the air every few minutes. Geysir Hot Spring Area is one of the most favorite tourist stops in Iceland.

The geothermal field is believed to have a surface area of nearly three km². More than 1000 years ago, the area became active and comprised more than a dozen hot water blowholes. Although the geyser is less intense these days, it did lend its name to hot springs worldwide. It was the first geyser named in a printed source and the first known to present-day Europeans. Geyser is the most well-known geyser in the world. The geysers in Haukadalur are situated in an active geothermal area. Due to the underground plumbing system, groundwater contacts hot bedrock and heat, raising pressure. When the water has reached peak temperature and pressure, it sprouts out from the geyser, often up to 30m, into the air. The water is boiling and for your protection, keep your distance. The geysers are better enjoyed from some distance.

After that, we go on the road again and head to Gullfoss (The golden waterfall), where you have some free time for yourself. There you cross a narrow trail that provides close-up scenes of the extensive, two-tiered waterfall beneath. In winter, the setting is magnificent when the waterfall freezes over into surging waves of glistening ice. You are treated with beautiful rainbows on sunny days, a natural result of the clouds of spray from the tumbling waterfall.

Gullfoss is one of the most favorite tourists draws in Iceland and part of the Golden Circle. The waterfall is by many considered one of the most majestic waterfalls in Iceland. The water rapids down in two stages, one 11 m (36 ft) high and the other 21 m (69 ft), into the 2,5 km (1.6 mi) long hole below. This hole was created at the end of the Ice Age by catastrophic flood waves and is lengthened by 25 cm (9.8 in) a year by the continual corrosion from the water.
After enjoying the Golden Circle, we start the drive back to Reykjavik.

We will provide you with all necessary gear required for Snorkel.

Put “Thingvellir P5 parking” into google map, this is where you park your car and walk back 300m to where all dive vans are.  Our vans have “freedive Iceland” logo on the sides and are well marked.

We do not need any info on height, weight and shoe size from you. 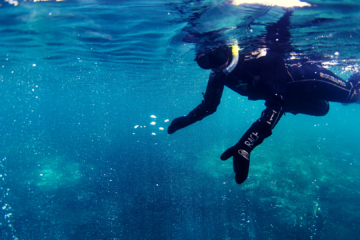 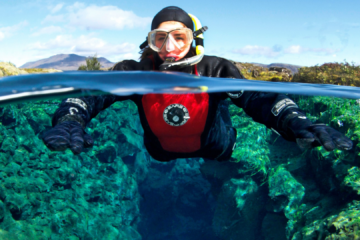